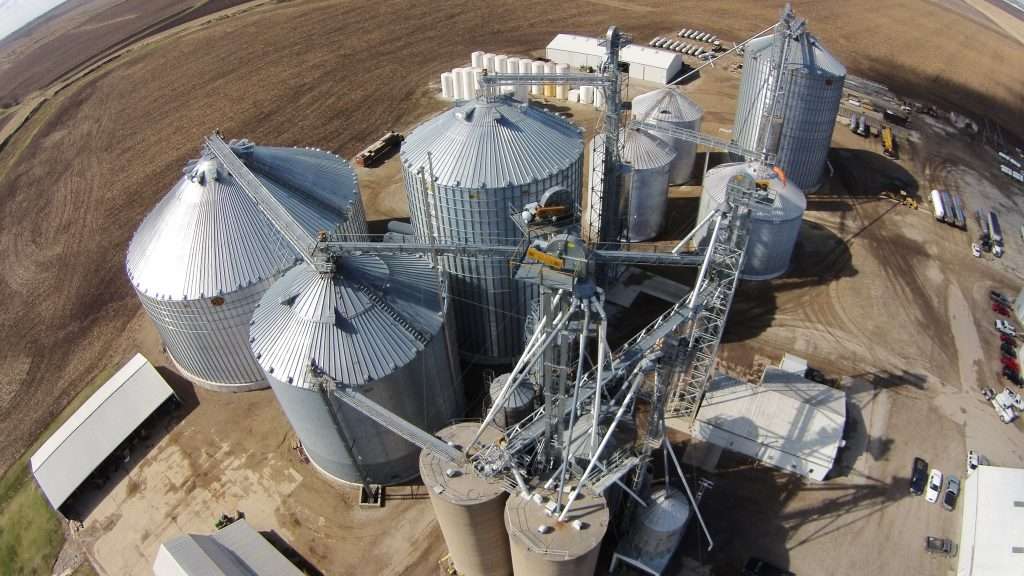 At Cultura Technologies, we’re proud that our longtime customer Bell Enterprises, Inc. is featured in the online and print publication US Business Executive.  Together we’ve come a long way since the days of the first computers and writing software on the fly.  As technology evolves, we use our experience and skill to develop solutions that keep our customers strong.

That has been Dan Berg’s job since Cultura started.  In 1980, he was a new graduate from Illinois State University.  A month after he tossed his mortar board, he was developing AGRIS.  At the time, our company was called Tricom Enterprises, Inc., offering the Commodity Accounting System for Grain Elevators.  Before PCs, customers used computers with what – by today’s standards – look like giant diskettes.  Code had to be developed to tell the computer what to do, and then the code and data were stored on the diskettes.

“We would ask customers, ‘What do you need to do?’” Dan says.  “We would gather requirements during the day, then I would go back to the house where I lived with my roommates and write the code at night.”

One of those customers was Bell Enterprises, Inc., a grain handling and transportation business in Illinois.  Dan worked with the founder and president, the late Melvin Bell. Dan describes him as “an innovator interested in improving and growing his business.”

It was a pivotal time for technology.  “We had to sell business people on the idea of having a computer and what it would mean to their business, then teach them about computers,” Dan says.  “Melvin Bell saw the value.  His view was:  we are building something together.”

Kim Craig, Merchandiser & Assistant Grain Manager, started with Bell Enterprises in 1983.  Bell had just purchased a computer.  “I was a programmer before I came to Bell, so I was not at all scared of it; it was not new to me.  I was comfortable with computers,” Kim says.

The System 23 computer was released by IBM in the early ‘80s.  System 23 was the one on which IBM endorsed the grain system to run.  IBM hardware salesmen across the country were trained on how to sell the commodity package, bundled with the IBM System 23.

AGRIS became the first package.  To create a baseline system, Dan asked customers what was most important to them.  “We built the product as we went, onsite.  At the time, everyone worked on ledgers, all manual.  Grading was by sample; everything was sent away, so the ledgers had to be updated with that information when it came back,” Dan says.  Individual or composite samples were put into bags, then shipped to or picked up by the local grain inspection service.  Depending on when it arrived at their office, grading happened that day or the next morning.  Results were faxed or relayed by phone the same day or the next day.  If they were mailed, you might not get the information for two or three days.  That’s a long process to assign discounts or premiums and settle contracts.

The first IBM “small business machine” with a hard drive was released in March, 1983 (the IBM XT).  Dan takes up the story:

“We converted our software to run on the IBM XT in late 1983, and began replacing our existing customers’ System 23s in 1984.  Fortunately, we got in with IBM at the right time and had the foresight to recognize the value.”  AGRIS was taking off with the new technology.

So was Bell.  “We were the first company to get a computer among our neighbors in central Illinois,” Kim says.  “We were able to enter information in the computer and hand our customers papers, instead of handwritten tickets.”  Delivery sheets were available in a matter of minutes.  “They just couldn’t believe it,” he says.  “We also could give them the weighted averages, based on the computer’s calculations.  Our neighbors didn’t even know what that was.”

Dan says Bell Enterprises was at the cutting-edge, because they had people in place who were thinking of the future, and who wanted to make their business more efficient.  “Bell was very fortunate to have Melvin at the helm, and to have Kim Craig coming in with computer expertise at exactly the right time.”

Today, Bell is still keeping pace.  “We continue to upgrade with every different version of AGRIS,” Kim says.  “In ag today, speed has everything to do with what farmers do, even the way he cultivates and harvests.  He needs information faster.  He needs more accurate, better records to make quicker decisions.”  Kim gives an example:  “When tickets were entered into the system, we could do anything with that information, and it would add value for the farmer.  For instance, if we were able to show him one load of grain was of greater value, he could adjust what he planted next season.  The variety of information we offered brought greater value to our customers.”

Kim says it was fun riding the first wave of technology in ag.  “This all seems like it was just yesterday,” he says.