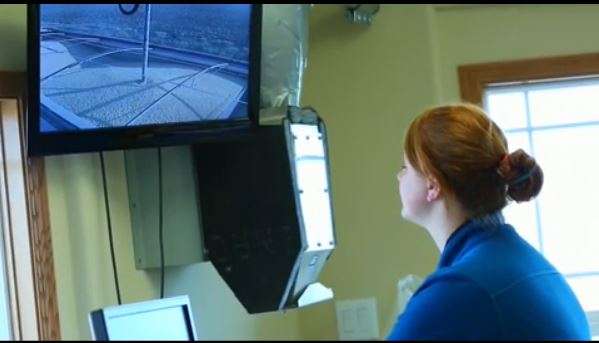 Most folks in agriculture are familiar with these statistics:  by 2050, the world’s population is expected to climb to nine billion people.  Experts say we’ll need to produce 70 percent more food to feed all those people.  Now, juxtapose those numbers and these:  the average age of American farmers is 58, and farmers who are 65 and older outnumber farmers 35 and younger by a margin of six to one.  That means more farmers are retiring – or soon will be.  The question is:  will there be enough up-and-comers to replace them?

Lindsey Lusher Shute, the founder of the National Young Farmers Coalition, wrote about the situation in the Los Angeles Times this summer:

“Without a new generation to fill the shoes of our aging farmers, hundreds of millions of acres will soon be up for grabs, and who steps up to manage that land will determine the future of the food system. Right now we are on course for fewer farm operations and more consolidation, development and fallow land.”  The coalition is working to help recruit 100,000 new farmers to fill the coming void.

In addition to the need for growers, tremendous demand exists for people to fill other roles in agriculture, as well.  The STEM (Science, Technology, Engineering and Math) Food & Ag Council released a study late last year that highlighted the growing number of STEM jobs in agriculture.  Among the opportunities examined in the report were:  agricultural business and management; agriculture mechanization and engineering; animal sciences; plant and soil science; food science and technology; and other life sciences.  The report indicated there aren’t enough new graduates to fill those positions.

Ag businesses need to be proactive in finding quality people.  The STEM Food & Ag Council recommends that businesses connect with schools.  “We live in a knowledge-based, global economy, and it is critical our students be prepared for the jobs and opportunities of the 21st century, and the food and agriculture sector meet its growing demand for young professionals,” Iowa Lieutenant Governor and STEM Food & Ag Council Chair Kim Reynolds said in a statement releasing the report.

Businesses seem to be heeding that advice.  Jessica Johnson, the Talent Acquisition Manager at Lansing Trade Group, said at July’s Elevator Design Conference that her company’s campus recruiting effort is substantial:  “Fifty percent of all our merchandisers-in-training are hired straight out of college.”  She said they target schools near towns where Lansing has locations.

Internships give glimpse of “fit”

Internships also are an important and reliable recruiting tool.  Jason Klootwyk, Director of Interior Assets at Bunge North America, said his company has increased the number of interns company-wide.  “If they’re any good at all, interns will have job offers by the end of that summer,” he told a gathering at the EDC.  But timing is critical.  “Doing a job fair in the fall (when most major ag schools do them) is too late for the December or May grads.  The cream of the crop is gone; and middle-of-the-packers – if they’ve done well in their internships – already have a job on the table.  If our interns have done well, they have a job offer somewhere in Bunge and a signing bonus is involved.  We’ve had a lot of success with that.  Offering a little more money up front lets them know you’re serious.”

Let’s say an intern really does a great job, as Klootwyk indicates.  How does a company keep someone like that on the line, so to speak, so they’re not snapped up by someone else?  Brett Myers, Director of HR and Development for MKC, gave one idea:  “When interns go back to school, you lose contact with them.  We’ve started another nine-month internship with them.  They all go out and get jobs anyway, may as well keep them working for us.”  Myers said MKC recently has used this strategy to hire four interns full-time.  “By the time they started full-time, they were ready to go,” he said.  “They had been on-boarded, they knew the company culture.  It’s not cheap, but if we can keep those interns for those nine months, they’re less likely to go out and look for another job.”

Candidates can afford to be “choosy”

Johnson said it’s a candidate’s market right now, and the research we’re seeing bears that out.  The current open positions and those on the horizon far outnumber the candidates.

“The market has changed and unemployment is low.  So good new grads are being snapped up,” she said.

After seeing candidates who have several offers at the same time, she gives this advice:  “Time is of the essence.  When recruiting for open position, don’t drag your feet.  They have other opportunities around the corner.  If they’re the right fit, bring them in as quickly as possible.”

What are some ways you and your company are working to recruit for the future?  We’ll be talking about recruiting for ag businesses, and we’d like you to be part of the conversation!  Send your ideas to our Community Manager by e-mail to lisa.guthrie@culturatech.com or tweet to @CulturaScale.