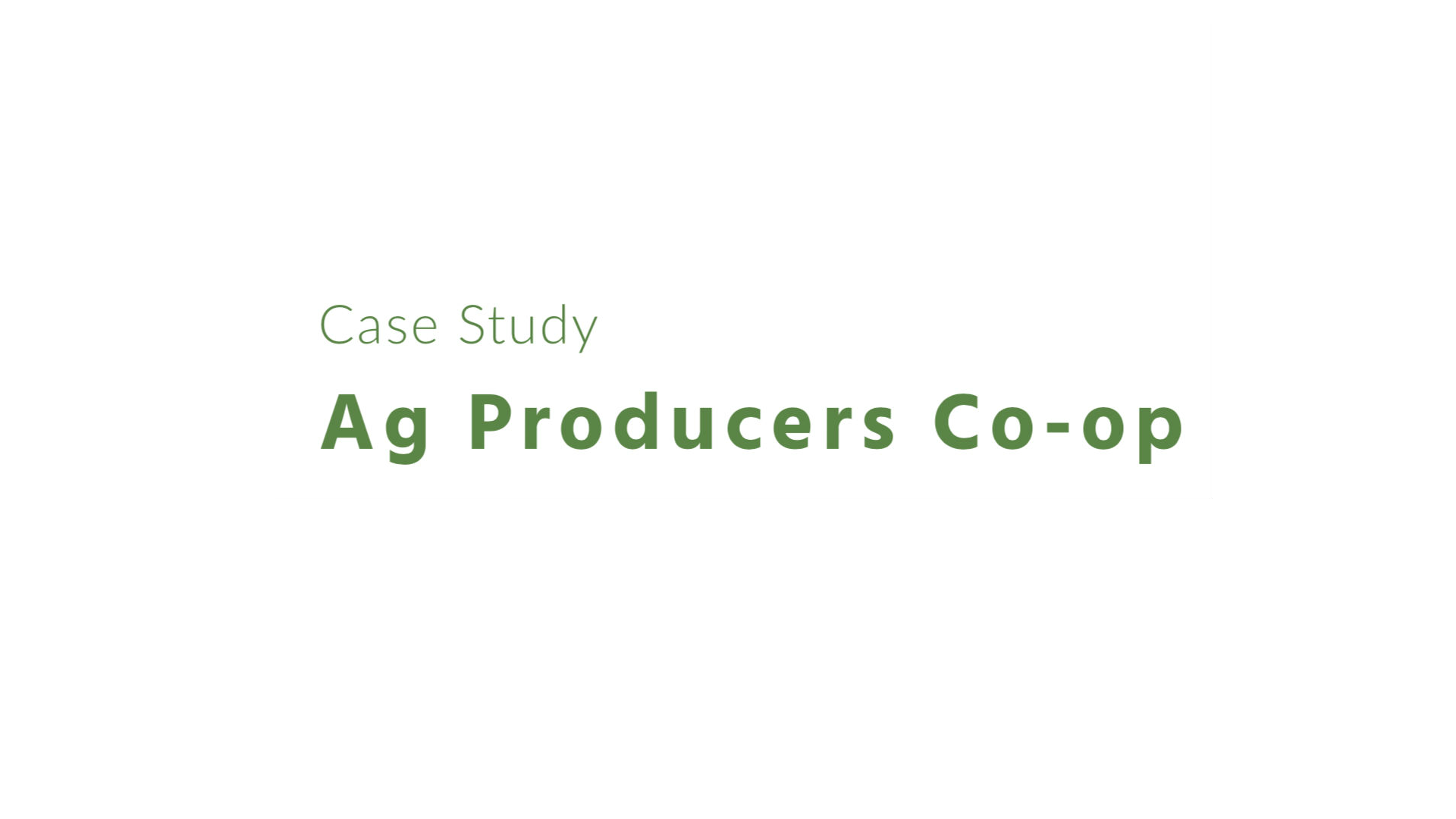 The following case study details the partnership formed between Greenstone Systems and Ag Producers Co-op in Summer 2018 as the co-op completed the final of a series of mergers throughout the Texas Panhandle.

Located in the Texas Panhandle, Ag Producers Co-op is the result of multiple mergers and acquisitions in the last five years. Seven local co-ops determined the future would be more profitable for their member owners if they consolidated efforts. Those co-ops were Sunray Co-op, Olton Grain Co-op, Olton Co-op Gin, United Farm Industries, Inc., Hart Producers Co-op Gin, Bushland Grain Co-op, and Dalhart Consumers Fuel Association. AGCO in Spearman was purchased in September 2015 and Robinson Grain in Panhandle was purchased in June 2016.

Prior to this final merger, Ag Producers had completed a four-way merger, two single mergers, and an acquisition all within three years. This final merger would be the largest merger thus far with respect to number of locations and number of employees. The final merger would bring the business to 30+ grain locations, while adding to their petroleum, retail, and agronomy divisions as well. All locations span throughout the Texas Panhandle within about a five-hour drive north to south, and a three-hour drive east to west.

The decision to move forward with the merger was an effort to avoid allowing farmers to play one co-op against the other, and instead join forces to provide better pricing to the farmer and achieve better pricing when selling grain to area feedlots. Additionally, the buying power gained in agronomy and retail would allow for greater margins.

Although Ag Producers’ staff had the knowledge and experience of the process because of previous mergers, they were stretched thin and needed assistance with project management and training and support for new personnel. Ag Producers required a partner to rely on for all aspects of project management from beginning to end, with all timelines and accountabilities clearly outlined.

Forming a partnership with mutual respect of strengths and weaknesses was key. Also key was the need to start planning for such a significant merger early on.

The Greenstone Systems team first performed a Health Check to analyze how Ag Producers was using AGRIS. From there, the team suggested new ways to accomplish business tasks, and both groups worked together to decide which methods to incorporate into the business to streamline training for new employees.

An initial kick-off meeting was held on-site between all parties to review planning and timelines. From there, weekly meetings were held to gain input from both parties on progress and completion of tasks.

Personnel training was conducted in two phases. Phase one was directed to all new Ag Producers employees. Phase two of training happened a few weeks into the process and was centered around answering questions that came up through experience and providing extra support.

Data conversion plans were also an integral part of the solutions provided by Greenstone. The volume of data to import from AgTrax was substantial. Ag Producers relied on Greenstone’s experience with AgTrax and seasoned developers to move and convert data in the most accurate and efficient manner possible. Greenstone also assisted in moving data into AGRIS for Store Manager that saved Ag Producers time and effort.

The partnership formed before and during the merger process did not end at completion of the merger. The Greenstone team followed up with Ag Producers over the following year to ensure all processes were running smoothly. Ag Producers Co-op can move forward and grow their business with confidence, and Greenstone can take their experience of how Ag Producers uses AGRIS to better assist other clients in the future.

Download a PDF version of this case study here: AgProducersCo-opCaseStudy.